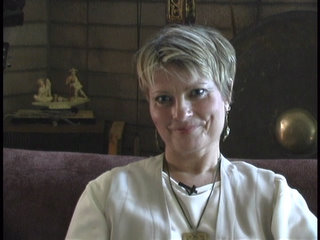 "Truly we are, each of us, first and foremost artists.
Experience creating a clay pot, a prayer, or a
business plan from the fully attuned “listening
state” of embodied presence, and the innate
wisdom of your soul will forever be awakened to you
as healer, artist, and sage.


I invite you, come, celebrate the mystery! Come,
nourish the life you were born to live; and step into
the magnificent love affair with life!" – ronda

Ronda LaRue, M.S., has an unusually diverse and rich background blending science, art, psychology and the sacred into a deeply transformational playground of inquiry, healing empowerment and celebration of who you really are!

An avid student of eastern philosophy, western religion, earth gnosis, modern physics, and transpersonal psychology, Ronda's work is devotional toward the sacred inner knowing that is the ground of all being, and who you really are.

Academic Degrees:
Ronda LaRue has a Master of Science degree in Applied Social Psychology (Research and Evaluation Methods) from Texas Christian University, with an emphasis in social psychology and human/social behavior.

Her Bachelor degree from the University of Texas, Dallas, is a three-way degree in sociology, psychology and business.

Ronda has been a business consultant for organizations nation-wide since 1986 (founder and president of InfoVision Systems) and a spiritual teacher, facilitator and guide of living inquiry, healing insight, and living mystical artistry for over 15 years.

Philosophic/Religious Orientation and Influential Mentors:
Ronda’s orientation is influenced by her life-long introspection and wide repertoire of investigation and learning. Ronda was brought up in an spiritual home where Christianity was seen from the larger perspective of inner responsibility of following the "Christ-like" path toward realization that extends beyond any religious dogma or denomination.

Fascinated early on with the questions of why we are here, what really matters, and how to know truth, Ronda became a life-long student of western and eastern religion and philosophy, psychology, social systems, and physics. Her work today is non-denominational, devotional, and openly respectful toward the sacred fullness that is already who you really are before and beyond any system of belief or superimposed religious structure.

Ronda brings to these significant orientations, the added qualities of dynamic attunement to one's unique creative power through the art of seeded inquiry. Ronda's work has become deeply transformational with a focus on full Self-Realization, embodied realization and freedom of Being.

LIFE WORK:   Ronda  LaRue considers herself very much, "an inner/outer bridge" in that she has walked the delicate line of being well "in"(volved in) and yet not "of" (caught up by) the world. She has managed to maintain a deeply mystical and poetic approach to life while having been a respected and successful (and self proclaimed "type A") business entrepreneur for more than 24 years (InfoVision Systems) as well as a recognized visual artist and poet with several of her works in private collections both nationally and abroad. (Explore this web site for more.)

Ronda says that she can very align with her client and relate to her/his worldly issues and linear mental blocks because she has been there too... In fact, because she has made consciousness her life long inner study coinciding real work in the real world, Ronda is able to "re-enter" this space of worldly and egoic perception with her client, and from there point to the way "out' to a much richer inner landscape of wisdom and soulful artistry.

Ronda feels most blessed by the passion she feels for seeing others find and free their soulful nature to living as true artists of life. According to Ronda, reclaiming the artistry of living Presence is precisely what the ancient sages as well as today's contemporary seers point toward when they talk about: "becoming enlightened", "entering the Kingdom of Heaven", realizing "The Power of Now", "ending the search", Loving What Is"... In short, Remembering Who You Really Are.

About 4 years ago I was in one of those deeply contemplative states where I was searching, yearning for some greater understanding of life. This led me to ask what I call the "Awakening Questions":

"What is the purpose of life? Why am I here? What is my calling?"

And when I asked these questions from the very depth of my being, what I heard bounce back was this: "I want to know Truth.  I see no reason to live other than in service to the spiritual journey."

As the saying goes "Be careful what you ask for". Two months later "all hell broke lose!"

What was happening during this time of seeming chaos, loss, and dis-ease was actually a profound dissolution of over-self-identification with the ego-Ronda and a slowly seeping in ability to hear and attune to the musical language of Love that is forever our inheritance, authority and wholeness.

I’ve been an avid reader of sacred texts, new thought metaphysics, psychology and physics for years.  But none of that prepared me for my own undoing and the great mythic journey that is required when we heed the call of reclaiming Soul as the seat of our life’s authority and highest purpose.  What I hope and see that this book can do for others is to shine night light on the invitation that is being presented through our  challenging life circumstances and struggles - and the inevitable times of darkness and decent into the realms of death that purges old patterns and foreshadows our eventual realization and stepping more firmly into an a priori and inextinguishable light – the light of our True Authentic Being.

heir definitely not videos, they tend to be CD's but check out Quantum Quests by Jonathan Parker, a great one to start with is Paths to Yoga. They are expensive but worth it you cover them. I simply just love Jonathan and what he's done for gaming.
Review my website :: meditation brainwave

can deep breathing be scientifcally tested, we have a look at
our personal mind, examine the idea, and cease it.
once you happen to be without thought you can explore your
own conciousness. conciousness in addition to mind usually are
two different things. the mind is idea and any devices, even your current senses and how they are experienced is conciousness,
how can this be tested, if tested in any respect?
Here is my homepage how to lucid dream easily