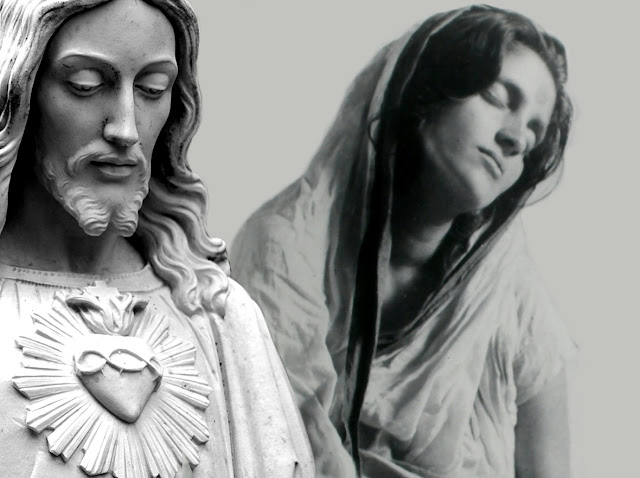 Anandamayi Ma is a spiritual giant who rightfully takes Her place among the great saints of modern India,
such as >Ramakrishna, >Vivekananda, Aurobindo Ghose,> Ramana Maharshi and >Paramahansa Yogananda.
Her life is an eloquent testimony to the abiding strength of Indian spintuality. Her message is particularly appropriate in a world where the notion of progress is no longer taken for gospel truth and the whole array of our “modern values” is undergoing an agonizing reappraisal. Anandamayl Ma diagnoses the present disease of civilization as “over-secularization”. She suggests that the cure from our severe illness cannot be brought about by engineers, sociologists or psychologists but by doctors of the soul. She prescribes a drastic revolution in our views and attitudes from outwardness to inwardness, from materialism to spirituality and from man-centeredness to God-centeredness.

Her totally uncompromising transcendent point of view is truly a shock therapy for problem-solving oriented, pragmatic Americans. She shows no apparent concern for the population explosion, environmental pollution, racism, political tensions, economic crises. And yet, as one of Her disciples expressed it, the purpose of Her being is “to demonstrate the existence of a Power that is ever at work creating by its transforming influence, Beauty out of ugliness, Love out of strife. Such a Power is Anandamayi. May She bring peace and harmony into this world of strife.”

I first got interested in Anandamayi Ma while reading about Her in >Paramahansa Yogananda’s Autobiography of a Yogi. Subsequently, I met several Americans who had visited Anandamayi Ma for extended periods of time. In 1965, while spending my sabbatical leave in India, I visited Her ashram in Varãnasi and then stayed with Anandamayi Ma in Rajgir, the capital of an ancient Indian state. When I was brought into the presence of Anandamayi Ma I felt that, for the first time in my life, I was encountering someone who was the very embodiment of the Holy, the “wholly other.” And yet Anandamayi Ma was also so close and accessible. She immediately welcomed me with a loving smile signifying total acceptance. In Her simple, unaffected way She asked me about my family and with genuine interest looked at the photos of my wife and my three daughters. She then gave me the privilege of sitting near Her. During the ensuing satsaga I had an opportunity to observe Her at close quarters. I was struck by the youthful almost girlish appearance of the then sixty-nine year old Anandarnayi Ma. It was a delight to listen to Her pearly laughter, and I was struck by the ease and assurance with which the almost illiterate Anandamayl Ma responded to the most recondite questions of erudite scholars. A highlight of my stay with Anandamayi Ma was my personal interview during which I was alone with Her except for the presence of an interpreter. Facing Mãtãji I felt as though I was mentally stripped naked. It seemed to me that She could see into the innermost recesses of my mind. I asked Her to tell me what the chief obstacles on my spiritual path were. In response She revealed to me some glaring shortcomings of which I had been hitherto totally unaware. What She said was in no way flattering, in fact painful, but Anandamayl Ma said it so compassionately, although firmly, .that I did not feel condemned. I realized what true loving detachment was.

The days at Anandamayi Ma’s Ashram flew by. Throughout my stay I had a feeling of utter contentment and peace—worldly problems were temporarily eclipsed. As though in the presence of a gigantic spiritual magnet my mind was engrossed in the divine. When thinking of the blissful experiences in Rajgir, there flashes even now through my mind a scene of a kirtana with Matãji. And I hear Her chanting “He Bhagavan” (Oh, Lord) to the accompaniment of a harmonium. Her chanting is the very expression of divine love and ecstasy and prompts me to echo the words of the Persian inscription on the Diwani
Khas:
If on Earth be an Eden of bliss
it is this, it is this, none but this. 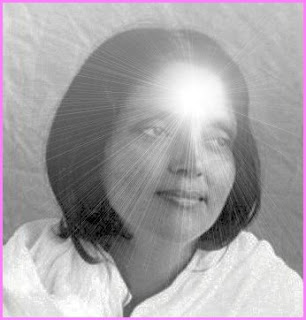 While I had a limited knowledge of Hindi at the time of my visit to Anandamayl Mit I decided then and there to take up the study of Bengali, to be able to become acquainted in depth with the life and teaching of Mãtãji. Through the kind assistance of Mr. K. Bose, Secretary of Shree Shree Anandamayee Sangha, I was able to procure most of the literature in Bengali and English dealing with Anandamayi Ma. The more I immersed myself in the life and thought of the bliss permeated Mother, the clearer it became to me that many people in the west could profit from Her wisdom. When I discussed Anandamayi Ma during my lectures on modern Hindu religious thought I was impressed by the enthusiastic response of the students who eagerly asked for more information about the bliss permeated Mother. This prompted me to undertake the present study. Writing on the life and teaching of Anandamayi Ma was a privilege in itself, but I am filled with gladness at the thought that through this study Mãtãji will become better known and that many spiritual seekers who have become aware of the emptiness of a mere materialistic existence will find renewed meaningfulness.

Through her teachings and the example of her life, Anandamayi Ma has inspired millions of individuals of diverse faiths and circumstances—from Prime Ministers, artists, and industrialists to shopkeepers, beggars and monks including Mahatma Gandhi, Indira Gandhi, Jawarharlal Nehru, Former Prime Minister of Canada, Pierre Elliott Trudeau, the Queen Mother of Greece, and the Former President of India, Ragendra Prasad. Without a doubt, Anandamayi Ma is one of the most beloved 20th century saints within her native India, and across the globe. Beautifully illustrated with over 100 color & sepia photos and illustrations, the present book includes a concise and sensitive biography of Anandamayi Ma with important selections from her oral teachings.