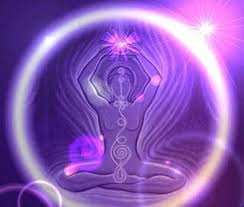 
What is the Kundalini? Why is it so significant in life?

At the base of the spinal cord every human being has a powerful, yet dormant source of energy. This source is known as the Muladhar Chakra from which three subtle channels known as Naadis rise up through the spine and reach thew brain. The middle Naadi is known as Sushumna while on its either sides are the Ida and Pingla. At five other centres of highly concentrated energy, called Chakras, along the spinal column, these three Naadis come together and then again divide into three channels as they rise further.

Thus including the Muladhar there are various Chakras in which very powerful energy lies dormant and once they are activated a human gains amazing divine powers like Telepathy, Hypnotism, Clairvoyance. In fact complete success in life in any and every sphere can come only through the activation of all the Chakras and it is with this aim that true Yogis remain engaged in Sadhanas.

But this process can be very intricate and difficult unless one is helped by an enlightened Master who has his own Kundalini fully activated, who is aware of all the processes of activation and who can activate the Kundalini of others.

Inside the vertebral column, there are seven lotuses located on the Brahma Nadi. These are known as Chakra (spinal centres). Each lotus possesses different number of petals and also a distinct colour.

Amazing powers devolve on a human on activation of the Kundalini and each Chakra is related to the following attainments.

This Chakra is situated in the basal region of the vertebral column at the mid spot between anus and penis. In meditation, this Chakra is visualised as a red lotus possessing four petals. This is the resting place of the Kundalini Shakti, which lies here as a snake having three and half coil. This Chakra is the symbol of Earth element.

This Chakra is located in the vertebral column just opposite to the penial region. In meditation, this Chakra is visualised as a vermilion coloured lotus having six petals. This semilunar Chakra is the symbol of Water element.

Activation of this results in freedom from stomach ailments, increase in sex power, and cure of sexual debility, increase in courage and fearlessness and magnetism.

Inside the vertebral column, this Chakra is situated just opposite to the naval region. This ten petalled lotus is of blue colour. The Yantra of this Chakra is triangular in shape and it represents the fire element.

Activation of this results in perfect digestion, riddance from ailments like kidney stones, diabetes, liver problems etc. Success in amazing Sadhanas like flying in the air, walking on water, telepathic contact with animals and plants, perfection in Prannayam and the highest achievement is success in Meditation.

Activation of this results in peace of mind, boundless divine joy, total freedom from tensions, power to look into future, power of hypnosis, entering into Samadhi (divine trance), riddance from problems related to heart, increase in soft emotions like love, affection and kindness.

Inside the vertebral column this Chakra is located opposite the throat region. This lotus of smoky colour possesses sixteen petals and it represents the sky element.

Activation of this results in riddance from all ailments related to throat, thyroid etc., increase in knowledge, gain of power of eloquence, deeper Samadhi, perfection in the art of Hypnotism, gain of power to die when one wills, total material success like comforts, wealth, fame etc.

In Brahma Nadi (enclosed by vertebral column) this Chakra is located just opposite the mid spot between the two eyebrows. This white lotus has only two petals.

Also called the Third Eye its activation brings wondrous powers like clairvoyance, telepathy, power of giving curses or blessings, instant fulfillment of anything one wishes, and gain of knowledge related to all subjects and sciences, power to control thoughts of others and interfere even in nature.

Beyond these six Chakras at the upper termination of the spinal cord, is the thousand petalled lotus; the abode of Lord Shiva (supreme being). When the Kundalini Shakti unites itself with the supreme being, the aspirant gets engrossed in deep meditation during which he perceives infinite bliss.

This is a subtle centre in the brain. On activation of Sahastraar a very fine, elixir-like secretion is produced from it which permeates the whole body thus making the human forever free of all ailments.

Sahastrar Chakra is also termed as Dasham Dwar of Brahmarandhara. In my view, this Chakra is situated two inches deep inside both the temporal region and three inches deep from the midspot between the eyebrows that is in the middle portion of cerebral hemispheres. From the throat, it is located three inches above the palate and inside the brain it is located in a small hole above the 'Maha Vivar' foramen of cerebrum.

Awakening of Sahastrar renders the aspirant liberated from corporeal bondages and attachments. He is endowed with all kinds of divine attainments including 'Ashta Siddhi' and 'Nava Nidhi'. He becomes an omniscient Yogi. Being emancipated from the cycles of birth and death, he certainly achieves the final beatitude.

One is fully enlightened and can then envision any event going on anywhere in the universe with out entering into Samadhi. All natural elements come under one’s control.

The practice of awakening Kundalini Shakti must be done only under the guidance of a competent Guru. Sometimes when the aspirant practices such exercises only after going through some books, he endangers his own life and there are chances of his becoming insane.

There are several means to this goal - through Mantra, through Diksha ( or transfer of Divine energy from Guru to disciple), Kriya Yog, Prannayam, Ras Vigyan (use of consecrated and Samskarised mercury) and even Ayurvedic herbs and potions.

Yet the best way is of Mantra Sadhana for it is the most safe and can be tried by anyone. When Kundalini is activated there is a tremendous gush of energy which can cause great harm if not properly channelised through the body. But the Mantra Sadhana process is a slow and steady method totally free of such risk. Moreover this is done under the guidance of an accomplished Guru who can fully control the Kundalini. In this Mantra process the six Chakras are activated one at a time and there are seven stages of this Sadhana.

Whatever the mode of activation a Guru is a must for during the process as the divine powers in the body come to life they attack the Sadhak’s weaknesses like greed, jealousy, infatuation, anger, false ego and other negative traits. Sometimes the struggle between these positive (Kundalini) and negative energies can be so intense that a person may lose balance of mind or his evil traits may appear so magnified to him that he may take to wrong ways in life.

But if there is a Guru guiding each step of the process the negative energies can never come out on the top in this struggle. That is why the Guru also suggests Guru Mantra Sadhana for the power of Guru is so strong that it can annihilate all evil traits of the Sadhak.

It is also important to note that there are different Mantras for the activation of six Chakras. One may accomplish Sadhana pertaining to a Chakra and still not experience anything. Remember it is not a miracle we are working. It is a slow and steady process and sometimes it is after some months that suddenly one becomes aware of the activation of the concerned Chakra.

In truth after Sadhana the activation takes place when the Sadhak feels most purified and free of his negative traits. One should hence continue with Sadhana of other Chakras even if no immediate results seem forthcoming.

Sometimes two or three Chakras have been seen to be activated all of a sudden at one go. 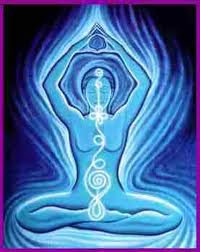 How can Kundalini be activated ?

The first step is taking Guru Diksha and later praying to the Guru for Kundalini Jagran Diksha ( Diksha for activation of the Kundalini). After this the Guru suggests certain Mantra Sadhanas through which the Kundalini can be fully activated.

The six Sadhanas can be completed within a period of six months. It is not a rule that one can try the Sadhana of the next Chakra only after the first one has been activated. One can complete all the Sadhanas one after the other without waiting for results. Most of the times the Chakras get activated several days after the completion of Sadhana , sometimes even two or three Chakras at one go.

For details of Sadhanas and Kundalini Jagran Diksha contact our Jodhpur Gurudham or Delhi Gurudham. The details are available on our website here.

Remember, one should never attempt such activation himself since such practices if performed without being guided by a Guru create various problems. Once it so happened that a disciple of mine gained some preliminary knowledge of this activation from me and then on returning back to his home, he started trying to activate his Kundalini Shakti. But his Kundalini deviated from the right course as a sequel to which, he started vomiting blood. In a state of terrible fear, he rushed to me and with a great difficulty, through Yogic Sadhana, I stopped the vomiting of the blood. Then he came to know that during his attempt, his Kundalini Shakti left the proper direction which resulted in vomiting of the blood. By this incident it is clear that the Guru keeps on watching the right course of Kundalini Shakti ascending in the body of a disciple and therefore without a Guru, one should never attempt such practices.

1. Get up at five in the morning.
2. Practice both kinds of Bhrastika Pranayam (fast breathing) five to twenty five times.
3. Practice both kinds of Shaktichalini Mudra five to ten times.
4. Practice Taran Mudra with four to hundred & one Pranayam.
5. Practice Praridhan Yukti Chalan Mudra.
6. At last perform mental exercises of activating 'Chakra'.
The morning time should be devoted to all such exercises. In case you are not able to have ample time in the morning, you should exercise the following practices daily in the evening-

1. Mahamudra - Five to twenty five times on each leg.
2. Mahabandha - Five to twenty five times on each leg.
3. Mahavedh - Both kinds of Mahavedh five to ten times.
4. Viparitkarani Mudra - Five to ten times.
5. The rest part of the time should be utilised for practice of activating 'Chakra'.
The aspirant who practices regularly all the above mentioned exercises derives early success. At an initial stage he may experience increased perspiration from his skin but gradually this perspiration will diminish and then he will perceive a lightening sensation in his entire body. After that he is likely to experience the movement of 'Pran Shakti' (life force) in the manner of crawling of an ant. Then he will experience the upliftment of Kundalini Shakti and also the activation of Muladhar Chakra.

When such a stage arrives, the aspirant while remaining in the company of Guru should practice regularly because when the serpent power, crossing 'Muladhar Chakra' ascends upwards, it may change its proper tract as a sequel to which some strange complaints associated with the blood circulation may supervene. But there is no possibility of occurrence of such dangerous situations provided one is acting as per the directive of his Sadguru.

At an advanced stage, when this life current enters the Sushumna, the aspirant may suffer from a gripping sensation around his waist, chest or neck but in a situation like this, he need not worry at all since this temporary bondage gets opened after few days' exercises.

Email ThisBlogThis!Share to TwitterShare to FacebookShare to Pinterest
Labels: Awakening Of Kundalini