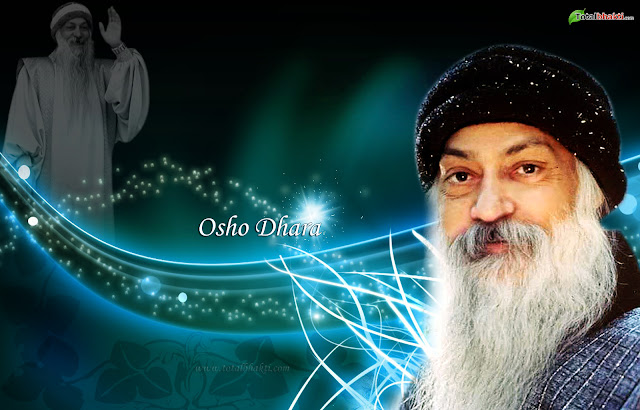 Question - Beloved Master, What is Happiness? 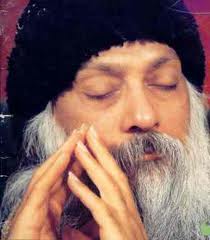 It depends. It depends on you, on your state of consciousness or unconsciousness, whether you are asleep or awake. There is one famous maxim of Murphy. He says there are two types of people: One, who always divide humanity in two types, and the other, who don't divide humanity at all. I belong to the first type.... Humanity can be divided in two types: the sleeping ones and the awakened ones -- and, of course, a small part in between.
Happiness will depend on where you are in your consciousness. If you are asleep, then pleasure is happiness. Pleasure means sensation, trying to achieve something through the body which is not possible to achieve through the body, forcing the body to achieve something it is not capable of. People are trying, in every possible way, to achieve happiness through the body.
The body can give you only momentary pleasures, and each pleasure is balanced by pain in the same amount, in the same degree. Each pleasure is followed by its opposite because body exists in the world of duality, just as the day is followed by night and death is followed by life and life is followed by death. It is a vicious circle. Your pleasure will be followed by pain, your pain will be followed by pleasure.
But you will never be at ease. When you will be in a state of pleasure you will be afraid that you are going to lose it, and that fear will poison it. And when you will be lost in pain, of course, you will be in suffering, and you will try every possible effort to get out of it -- just to fall again back into it. Buddha calls this the wheel of birth and death. We go on moving in this wheel, clinging to the wheel... and the wheel moves on. Sometimes pleasure comes up and sometimes pain comes up, but we are crushed between these two rocks.
But the sleepy person knows nothing else. He knows only a few sensations of the body -- food, sex. This is his world; he goes on moving between these two. These are the two ends of his body: food and sex. If he represses sex he becomes addicted to food: if he represses food he becomes addicted to sex. Energy goes on moving like a pendulum. And whatsoever you call pleasure is, at the most, just a relief of a tense state. Sexual energy gathers, accumulates; you become tense and heavy and you want to release it.
The man who is asleep, his sexuality is nothing but a relief, like a good sneeze. It gives you nothing but a certain relief. A tension was there, now it is no more there; but it will accumulate again. Food gives you only a little taste on the tongue; it is not much to live for. But many people are living only to eat; there are very few people who eat to live.
The story of Columbus is well-known. It was a long trip. For three months they saw nothing but water. Then one day Columbus looked out at the horizon and saw trees. And if you think Columbus was happy to see trees, you should have seen his dog! That's why the Siberian dogs are the fastest in the world: because the trees are so far apart. But this is the world of pleasure. The dog can be forgiven, but you cannot be forgiven.
During their first date, the young man, looking for ways to have a good time, asked the young lady if she would like to go bowling. She replied that she did not care to go bowling. He then suggested a movie, but she answered that she did not care for them. While trying to think of something else he offered her a cigarette which she declined. He then asked if she would like to dance and drink at the new disco. She again declined by saying she did not care for those things. In desperation he asked her to come to his apartment for a night of lovemaking. To his surprise she happily agreed, kissed him passionately and said, "You see, you don't need any of those things to have a good time!"
It depends on people what can be called happiness. To the sleeping, pleasurable sensations are happiness. He lives from one pleasure to another pleasure. He is just rushing from one sensation to another sensation. He lives for small thrills. His life is very superficial; it has no depth, it has no quality. He lives in the world of quantity. 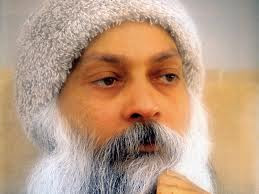 Then the people who are in between, who are neither asleep nor awake, who are just in a limbo, a little bit asleep, a little bit awake. You sometimes have that experience in the early morning: still sleepy, but you can't say you are asleep because you can hear the noise in the house, your wife preparing tea, the noise of the samovar or the milkman at the door or children getting ready to go to school. You can hear these things, but still you are not awake. Vaguely, dimly these noises reach to you, as if there is a great distance between you and all that is happening around you.
It feels as if it is still a part of the dream. It is not a part of the dream, but you are in a state of in-between. The same happens when you start meditating. The nonmeditator sleeps, dreams; the meditator starts moving away from his sleep towards awakening. He is in a transitory state. Then happiness has a totally different meaning: it becomes more of a quality, less of a quantity; it is more psychological, less physiological.
He enjoys music more, he enjoys poetry more, he enjoys creating something. He enjoys nature, its beauty. He enjoys silence. He enjoys what he had never enjoyed before, and this is far more lasting. Even if the music stops, something goes on lingering in you. And it is not a relief.
The difference between pleasure and THIS happiness is: it is not a relief, it is an enrichment. You become more full, you become a little overflowing. Listening to good music, something is triggered in your being, a harmony arises in you -- you become musical. Or dancing, suddenly you forget your body; your body becomes weightless. The grip of gravitation over you is lost. Suddenly you are in a different space: the ego is not so solid, the dancer melts and merges into the dance. This is far higher, far deeper
than the joy that you gain from food or sex. This has a depth. But this is also not the ultimate. The ultimate happens only when you are fully awake, when you are a buddha, when all sleep is gone and all dreaming is gone, when your whole being is full of light, when there is no darkness within you. All darkness has disappeared and with that darkness, the ego is gone. All tensions have disappeared, all anguish, all anxiety. You are in a state of total contentment. You live in the present; no past, no future anymore. You are utterly herenow.
This moment is all. Now is the only time and here is the only space. And then suddenly the whole sky drops into you. This is bliss. This is REAL happiness. Seek bliss, Jayananda; it is your birthright. Don't remain lost in the jungle of pleasures; rise a little higher. Reach to happiness and then to bliss.
Pleasure is animal, happiness is human, bliss is divine. Pleasure binds you, it is a bondage, it chains you. Happiness gives you a little more rope, a little bit of freedom, but only a little bit. Bliss is absolute freedom. You start moving upwards; it gives you wings. You are no more part of the gross earth; you become part of the sky. You become light, you become joy. Pleasure is dependent on others. Happiness is not so dependent on others, but still it is separate from you. Bliss is not dependent, is not separate either; it is your very being, it is your very nature. To attain it is to attain to God, to nirvana.