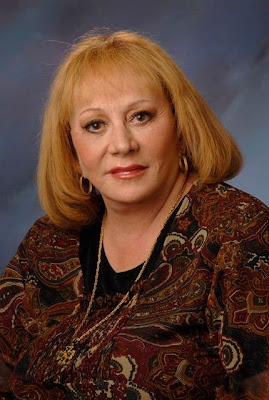 Sylvia Browne is a world renowned spiritual teacher, psychic, author, lecturer and researcher in the field of parapsychology. Sylvia is well known for her dynamic, genuine, down-to-earth style and personality.

She lectures, teaches, and counsels people from all over the world including Africa, Europe, Asia, and Australia. Sylvia manifested her psychic ability at the age of three, in her home town of Kansas City, MO. For many years she shared her gift with friends and family, and became very well known for helping people to see their future.

Moving to California in 1964, she continued assisting people privately. Sylvia then wanted to make a professional, legally sanctioned, organization to further her research into the paranormal. This goal was realized in 1974 when Sylvia incorporated The Nirvana Foundation for Psychic Research, a nonprofit organization (now known as Sylvia Browne Corporation). Since then, Sylvia has helped thousands of people gain control of their lives, live more happily, understand the meaning of life, and to find God in their own unique way.

Sylvia's philosophy of life is based upon research into past lives, via hypnosis, and through the information obtained via Sylvia's deep trance channeling ability. From thousands of hypnotic regressions, and hundreds of trance sessions, the fact of reincarnation was established as the key to understanding life. Sylvia accepts reincarnation as a central theme in her philosophy, yet this belief is never forced upon anyone who does not want to hear it. Sylvia always says, "Take with you what you want and leave the rest behind." She is also strongly pro God, but again does not force the issue. Sylvia likes to tell people, "It does not matter if you believe in God, because God believes in you."

Adventures of a Psychic,"
"The Other Side and Back,"
"Life on the Other Side,"
"Book of Dreams,"
Contacting Your Spirit Guide,"
"Book of Angels,"
"Visits from the Afterlife,"
"Prophecy,"
"Secrets & Mysteries of the World,"
"Animals on the Other Side,"
"Phenomenon,"
"If You Could See What I See,"
"Insights,"
"Exploring the Levels of Creation,"
"The Mystical Life of Jesus,"
"Secret Societies",
"Temples on the Other Side",
"End of Days,"
and "Mystical Traveler" Her most recent books, "All Pets Go to Heaven," "Psychic Healing," "Messages From Spirit," "Accepting the Psychic Torch," and "The Truth About Psychics" have been a major hit with readers all over the world.

Her latest release, "Psychic - My Life in Two Worlds," Sylvia's first of three books with her new publisher HarperOne, is an intimate, unapologetic, no-holdsbarred memoir that candidly discusses deeper personal and professional experiences that she has never revealed in public.


Lessons for Life: How to Find the Right Relationship 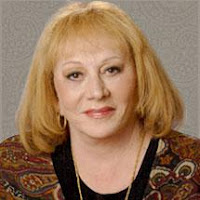 Over the 40-some years that I've been doing readings, the number-one, most-often-asked question has always remained the same: "Where is Mr./Ms. Right?" There's nothing wrong with searching for a soul mate-in fact, it's very natural. Since the beginning of time, whether we believe in Adam and Eve or cavepeople, we've always lived in groups and paired off together perhaps largely for protection.

We all start out with some type of vision in our minds of what we think we want in a partner. This is what I like to call the "look, see, and love" or "lust" stage, when our hormones are in high gear probably due to the fact that not so long ago, people had to get married and have children early because their life spans were much shorter. While it's no longer the case that we need to pair off at such a young age, our genetic wiring just hasn't caught up to our current time frame yet.

It's a shame that we don't learn this earlier, but the older we get, the more that companionship, trust and communication take precedence over chemistry. Usually, a man or a woman at 21 is looking for something different from what a 60-year-old is. I'm not discouraging physical attraction; of course it's necessary, too, but for a lasting relationship, we should also try to engage our intellect.

Too often, we search for our "other half," not realizing that we have to be whole on our own, rather than waiting around for someone else to complete us. If we depend on other people to make us happy, we're definitely doomed for failure. In the same vein, there are many valid reasons to want a mate, but we must be careful not to neglect all the other marvelous relationships that we can have while we're here on Earth. From family to precious friends to animals, my life is filled with wonderful friendships that I'd never trade in just to say I had someone as my lover.

That being said, what should you be looking for in a relationship? Well, the good has to outweigh all other aspects and this may surprise you, but the spirituality and beliefs of both partners is really key. Without that shared bond, there's nowhere to go and nothing to fall back on when life gives you the proverbial lemons.

Begin by exploring who you are first and then you'll have a clearer picture of what you need, as well as what you have to offer. For instance, if you're positive and upbeat, then someone who's cranky, jaded, despondent will work against you. There are certain places you can go to meet people that are better than others. For example, churches are a good spot to make contact, as are libraries and even grocery stores. Seminars are great as well, because you'll most likely meet someone with common interests.

I know that people say the Internet can be an easy way to get a date, but I think it's too dangerous. Not to mention that 90 percent of the time it's like trying to find love in a bar-a highly unlikely scenario, to say the least. Some dating services can be good as they put new members through a fairly thorough screening process, which is better than just running into someone in a seedy cocktail lounge.

You can't expect to find love if you lock yourself in a closet, but you also don't have to frantically search for a date everywhere you go or join every possible singles organization that's available. Energy attracts energy, and desperate energy will put anyone off. And when you meet someone, for heaven's sake, don't give them the litany of how you've been rejected and hurt or almost as bad, how many boyfriends or girlfriends you've notched on your belt. Honesty may be the best policy, but who wants to hear a long, drawn-out sob story, or a rundown of your past conquests?

Ultimately, the best way to find a partner is to stop looking so hard. If you just let go and let God handle everything, you'll meet someone when the time is right. Besides, let's say the worst-case scenario happens and you don't find anyone (which, by the way, I've rarely seen, but let's say it's destined)-do you spend the rest of your life in a state of despair and dejection? What a waste!

Why not use that energy to form other relationships or work for society? You could help children and animals, spend more time with your friends and family, and make yourself the type of person whom others want to be around. Let's face it: A weeping, needy, dependent sap isn't even someone you'd want to invite to a party, let alone hang around with one-on-one. Be in love with yourself, find your passion in caring for and helping others, and I guarantee that love will find you.