Carlos Castaneda is a figure wrapped in mystery, apparently born Christmas Day, 1925 in Peru. He left home shortly after his mother's death, promising never to return, and kept his promise. He became an American citizen on June 21, 1957.

His personal history was disguised by layers of stories he told about himself and allowed others to tell about him. The enigma was compounded as various impostors began to present themselves as being Carlos. The tale is told that one day a man introduced himself to Carlos as himself, and Carlos took it in stride.

His academic credentials were nothing much -- undergraduate work at downtown Los Angeles Community College, and virtually no one in the scholarly anthropological community would cite him as an authority on anything. However, one doesn't need a degree, a fellowship, or peer approval to become a bestselling author, and at this he excelled.

In his first book, The Teachings of Don Juan, A Yaqui Way of Knowledge, Carlos unveiled his hero, Don Juan Matus, the very epitome of an existential hero. In a series of books that orbit 'round the relationship between Carlos and Don Juan, readers worldwide were introduced to a man who had innumerable apparently contradictory qualities that made him an archetypal hero -- a triumphant human at the center of a vast universe of forces.

At first, Don Jaun appeared as a "brujo," a desert sorcerer with magical powers and vast acquaintance with non-human and non-animal forces that inhabited the dark vastness of the Sonoran desert at night. He was a master of plant magic, and guided Carlos in the use of datura ("devil's weed"), peyote ("mescalito") and an herbal compound of secret ingredients (the "little smoke"). The stories were charmingly insane, and did not inspire one to gaily consume a handful of psychoactive substances, for such foolish conduct would certainly achieve nothing in Don Juan's world.

To use the devil's weed, one had to catch two lizards, sew one's eyes shut, and the stitch closed the mouth of the other, to set up a situation where one lizard could see, the other could talk, and thus the information known to the first lizard could be communicated to the initiate. To use mescalito was easier, but still might result in getting urinated all over by a mexican dog possessed by the spirit of the psychedelic cactus while your teacher laughed himself sick. And inhaling the little smoke sounded like about as much fun as parachuting into the n-th dimension without a compass or a return ticket, unless your idea of a fun high is being strafed by a horsefly the size of a house.

Still, becoming extremely stoned in the Arizona desert became a popular, if somewhat risky pastime. I had a friend who ate a bunch of datura seeds while camping in Havasu Canyon on the Colorado, and ended up rampaging through the dark performing feats of superhuman strength like uprooting small saplings. The park authorities were on his trail the next morning, and he managed to hike out, still in a dreamlike trance. My own experience with henbane in Spain a year later was equally ill-starred. Clearly, Don Juan could swim in waters that would be a tar pit for the ordinary psychonaut.

So that book caught everyone's attention, and probably led to the devastation of innumerable peyote fields as an unfortunate byproduct. There was a polarized but synergistic effect between Don Juan's peyote stories and the much tamer accounts by Aldous Huxley of his mescaline experience in The Doors of Perception, and in his fictional accounts in his utopian novel, Island. While Huxley in his lab coat and "it's good for you" approach appealed to many people, Don Juan's approach was a lot closer to what most people were hoping for -- "it will reveal the unknown." 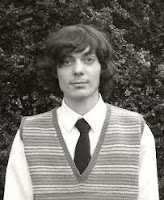 Once his market was established, Carlos gave us the second book, A Separate Reality. This book upped the ante for his readers. It had little to do with drugs, and focussed instead on the display of superhuman powers by Don Juan's friend Don Genaro, a rotund and ebullient sorcerer who genially took great risks with his own safety to provoke Carlos into "seeing" the sorcerer's view of the world -- crossing the vertical face a waterfall, for example, by leaping from one tiny rock outcropping to the next using fibers of light that extended from his midsection. It didn't work. Carlos couldn't see.

In the second book, Carlos planted the seed deeper, depicting himself as a failure who could not go further with his sorcerer's training because he feared losing contact with ordinary reality. The effect on the reading public was extraordinary -- we cheered Don Juan, and critiqued Carlos for throwing away the opportunity we would love to have. Ever the perfect straight man, Carlos would allow us to "get" what he himself could not comprehend. We projected ourselves into Don Juan, and shared his desire to impart the path of knowledge to Carlos. Don Juan also told the story of how he had witnessed his father's murder, and how he had transcended his hate for the murderers. He explained that he pitied his parents, not because of their suffering and hardship, but simply because they never realized that they were not simply Indians, but more importantly, "were men." Don Juan's nobility and ability to articulate an impressive spiritual philosophy became apparent.

In the third book, Journey to Ixtlan, Carlos set down the hard work of accepting his path of knowledge and working to pursue it. Throughout the books, Carlos models the dedication of a true aspirant in a wisdom tradition, but this note seems to be hit most strongly in the third book. It shares techniques for stilling the internal dialogue, and articulates a philosophy that I personally experiened as stoic. Don Juan's philosophy emphasized power -- the power to possess the moment of life we are living, the power to control one's mind and experience, the power to use danger as a tool to develop skill, the power to live without bemoaning our fate or demanding assurance that our future will at least be no worse than today.

In the fourth book, Tales of Power, Carlos struck a vein of esoteric humor that has rarely been tapped by any other author. The book will quite simply keep you in stitches. Here Carlos allows himself to become a full-time buffoon at the service of art. From start to finish, he is the awestricken observer of cosmic hijinks that fly back and forth between Don Juan and Don Genaro. Constantly on the outside of the joke, Carlos narrates one humorous interlude after another in the stunned voice of one who didn't ask for this and doesn't know what to do about it. And the reader begins to intuit that he has crossed the border from that sensible, stoic philosophy that seemed so grounding in book three, to a freewheeling game of cosmic rollerball in which everyone might be a winner if only they tried to play.

The works continued, and Carlos continued to be an enigma. Carlos apparently created a bit of a cult following, which focusses now on the practices of "dreaming" and "stalking." Dreamers work with lucid dreaming techniques. Stalkers work with memory to cleanse themselves of attachment to personal history. Also available are teachings on "Tensegrity" on videotape. These are physical-mental exercises that come with a fascinating demonstration and narration. The exercises seem likely to be beneficial.

In the end, one who tries to adopt the Carlos path too seriously will probably end in some dead end of self-delusion. But anyone who allows himself to be entertained by Don Juan and Don Genaro will wish fervently, that whatever the truth may be, that they lived, prospered, and that their brand of wisdom shall always be present on the earth, even if only fully disclosed to a very few. To Carlos, we are indebted with unending thanks for skillfully revealing what could not have been displayed in any other way, even if Don Juan had been as popular as the Dalai Lama or Nelson Mandela, and had presided at conventions on human awareness. He did it just right.